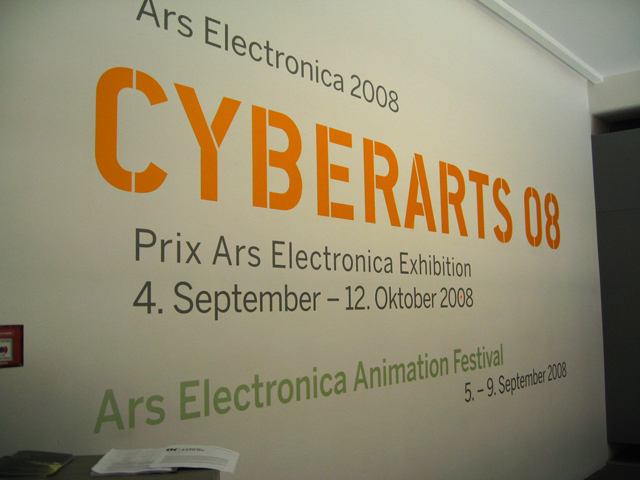 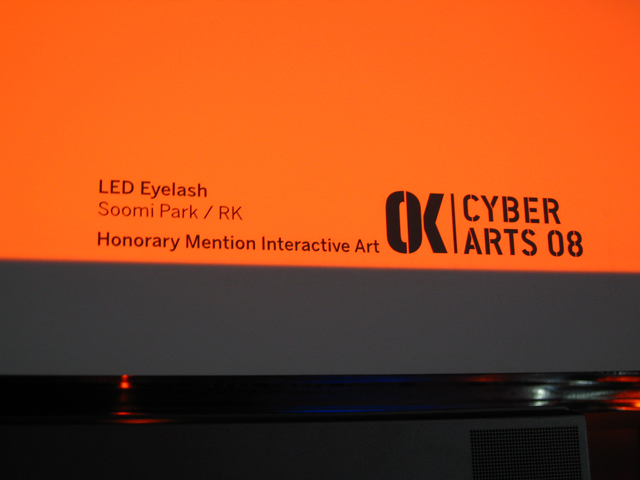 One of my projects, LED Eyelash is selected by the juries of PRIX ARS ELECTRONICA as one of HONORARY MENTIONS in Interactive Art Department for this year.
This yea’s ARS ELETRONICA Festival was successfully ran out from 4th to 9th of September 2008.  And the LED Eyelash is currently presenting still in OK Center for Contemporary Art until 12th of October 2008.

“Many of the art works in competition for the Interactive Art awards fell into well-established categories such as interactive sound, reactive sculptures or projection-based pieces in public space. But Soomi Park’s LED Eyelash is in a category of its own-glittering, yet profound, clumsy yet extraordinarily beautiful and strange, and dealing with important issues of gender and identity with a disarming and charming sens of playfulness. LED Eyelash refues to the obsession among Korean women for big eyes, and how the often leads to plastic surgery to make eyes rounder and less Asiatic. Soomi Park proposes a technological solution in which the eyelashes are complemented with reactive LEDs that flash whenver the user blinks or moves his or her pupils. The result is absurd yet engaging, and it succeeds in communicating a serious idea in a way that is both delicate and perverse.”(via CyberArts 2008)

This year’s ARS ELECTRONICA Festival was under the banner of “A NEW CULTURAL ECONOMY – The Limits of Intellectual Property” aims to co-author the preamble to a new knowledge-based society. What’s at stake: the interplay of freedom of information and copyright protection, big profit-making opportunities and the vision of an open knowledge-based society. And this is also a matter of practical, workable regulations governing this new reality, rules whose formulation ought not to be left up to lawyers and MBAs alone. ?Ars Electronica invited artists, network nomads, theoreticians, technologists and legal scholars from all over the world to convene in Linz. Their artistic and scholarly investigations in the form of symposia, exhibitions, performances and interventions transcended the confines of conventional conference spaces and cultural venues and pervade the entire city. (via Ars)