Baedari 360: Eco-Park started with our interest in what happened in Eco-Park is a park set inside of Baedari, a small historically rich community in Incheon, South Korea, relatively untouched by urban development projects since the 1950’s. The space the park occupies was formerly residential, however, in the late 90’s this block of housing was demolished and cleared for the construction of a bridge and highway. Local grievances stopped development up until 2010. Within this span of time the area was nurtured and taken care of, and a natural park developed. In the last few years, the park has been used as a local garden, playground, and observatory.  Due to zoning issues, the continued existence of Eco-Park is unsure. In late 2009 to even set foot in the park was illegal.  This was when we chose to invade the park as animal construction workers.

Thanks to: Lenny Correa & Jaeyoon Yoon 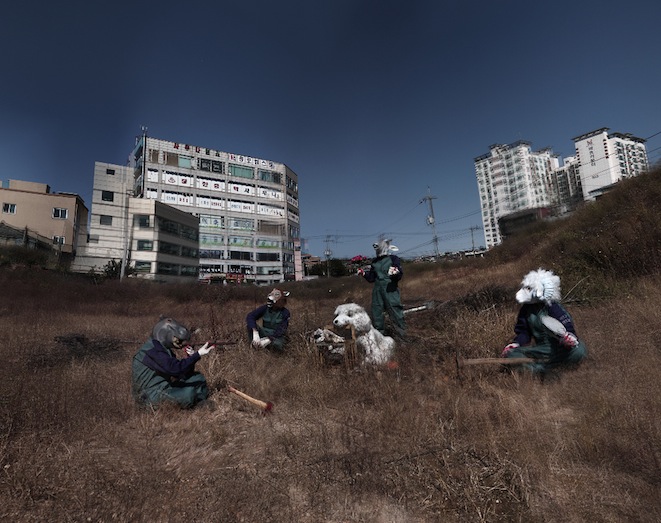 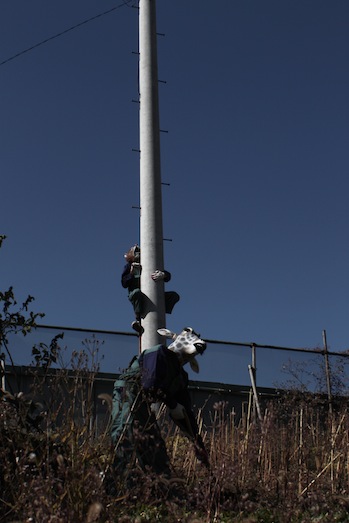 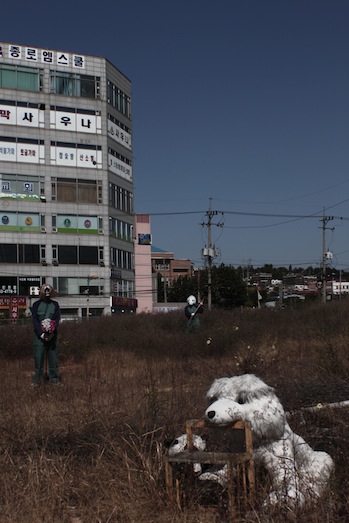 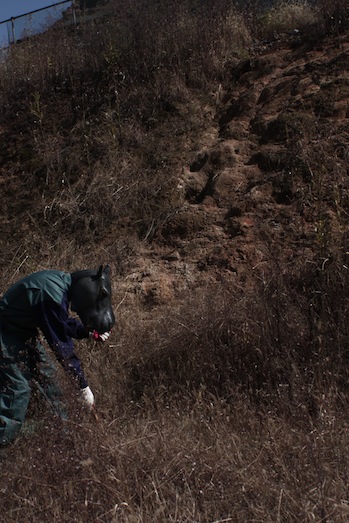 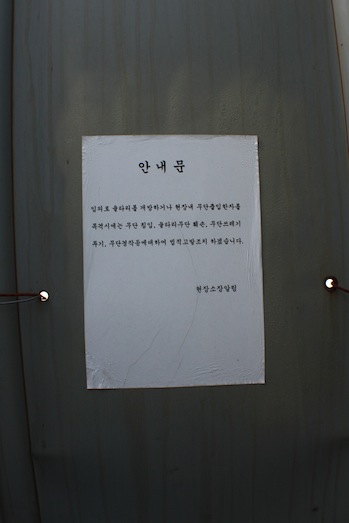 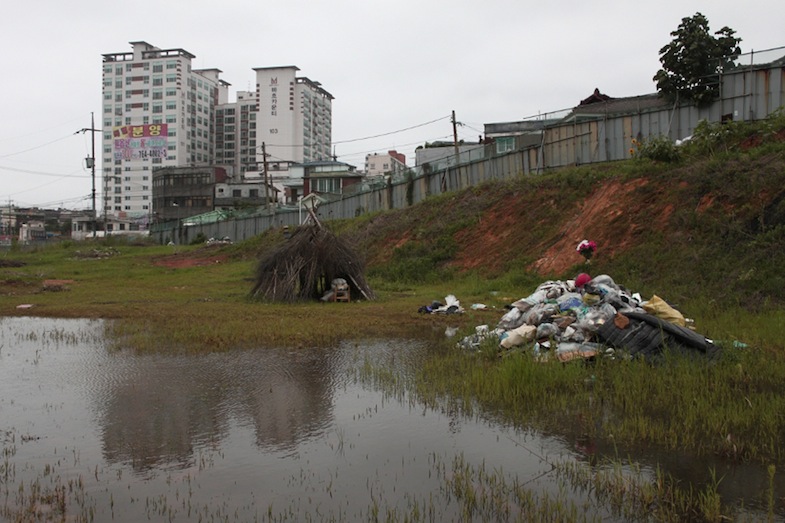