“In 2007, for the first time in history, more people were living in cities than in rural areas. If we imagine the migration and breeding patterns to continue exponentially, we can imagine a world, as Ballard did with his short story ‘Billenium’, where generations of citizens live only in cities. How might these future urbanites understand agriculture, farming, landscape, animals? How might they be educated or in what ways might they gain access to the areas beyond the outskirts?”

Goop! illustrates a dystopian future scenario where people have to live with limited resources of nature due to pollutions by showing a television cooking show.

This project is a collaboration with Amina Abbas-Nazari, Bertrand Clerc, Nathan Burr and Susannah Worth. 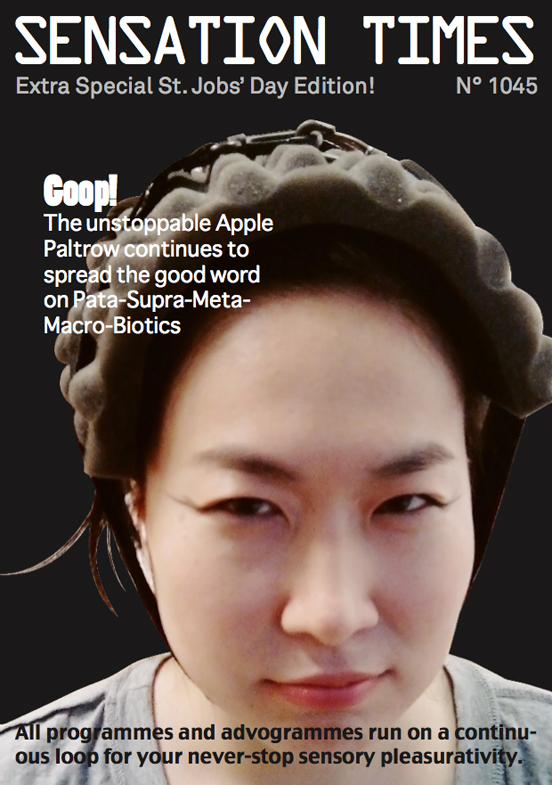 The Sensation Times is a TV guide 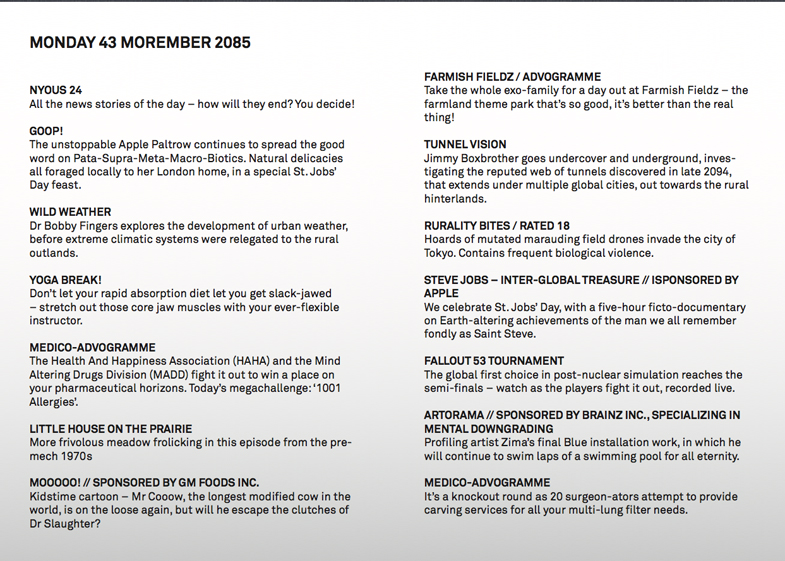 Everyday have the same TV programmes are brodcasting 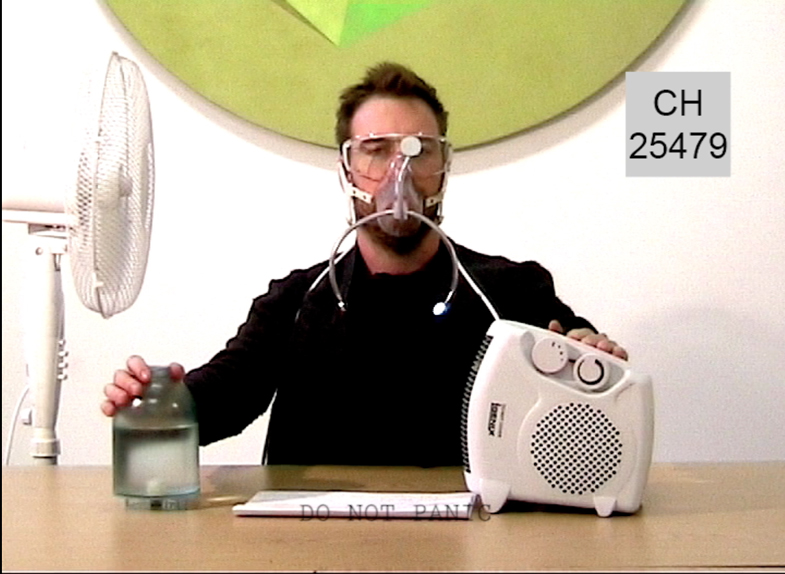 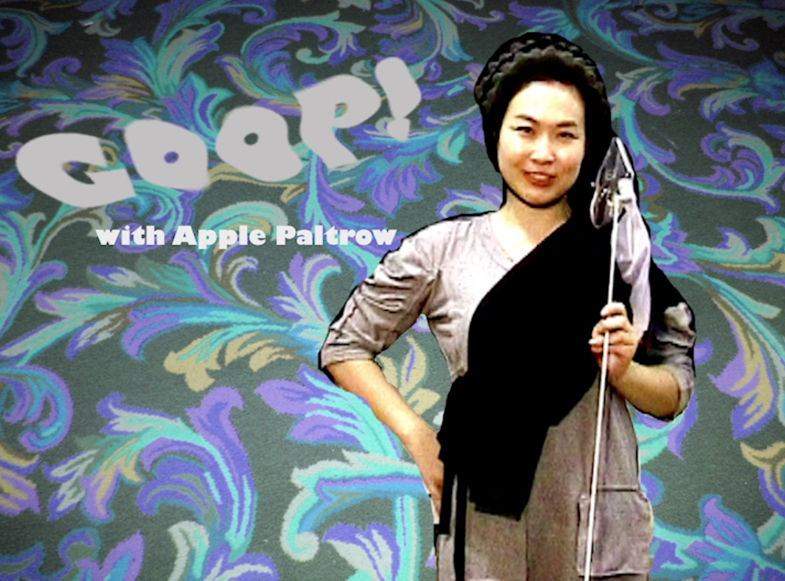 Goop! is a cooking show of this world 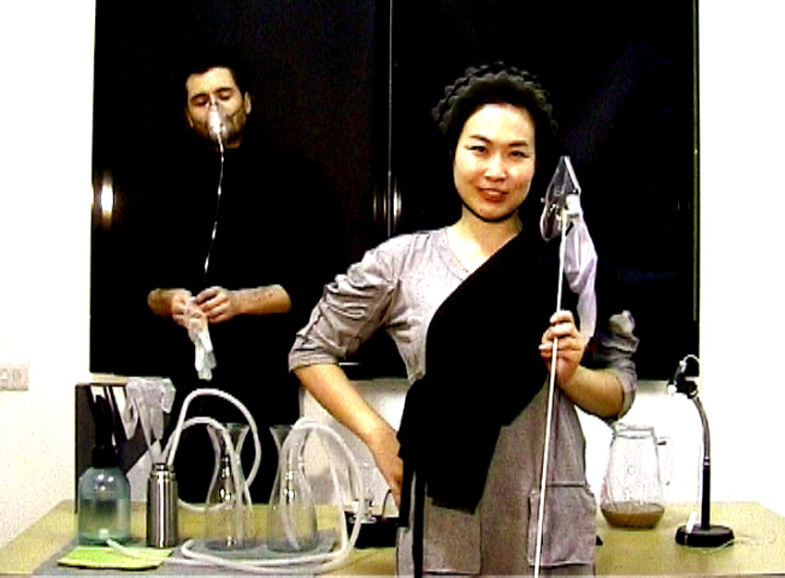 Apple Paltrow is introducing a cooking show, Goop!, as the host. 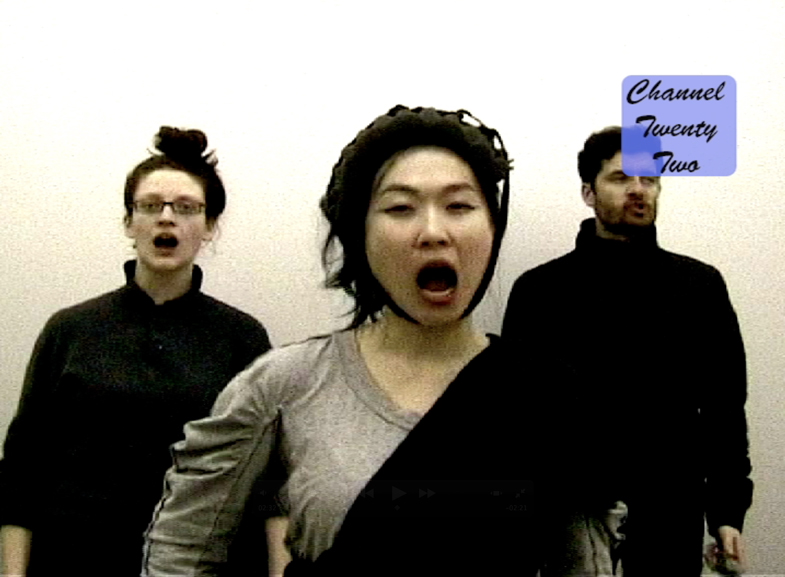 Since oxygen mask is the mandatory item of everyday life in this world, people struggle with face movement. The show encourages people to do facial yoga
Previous
Next